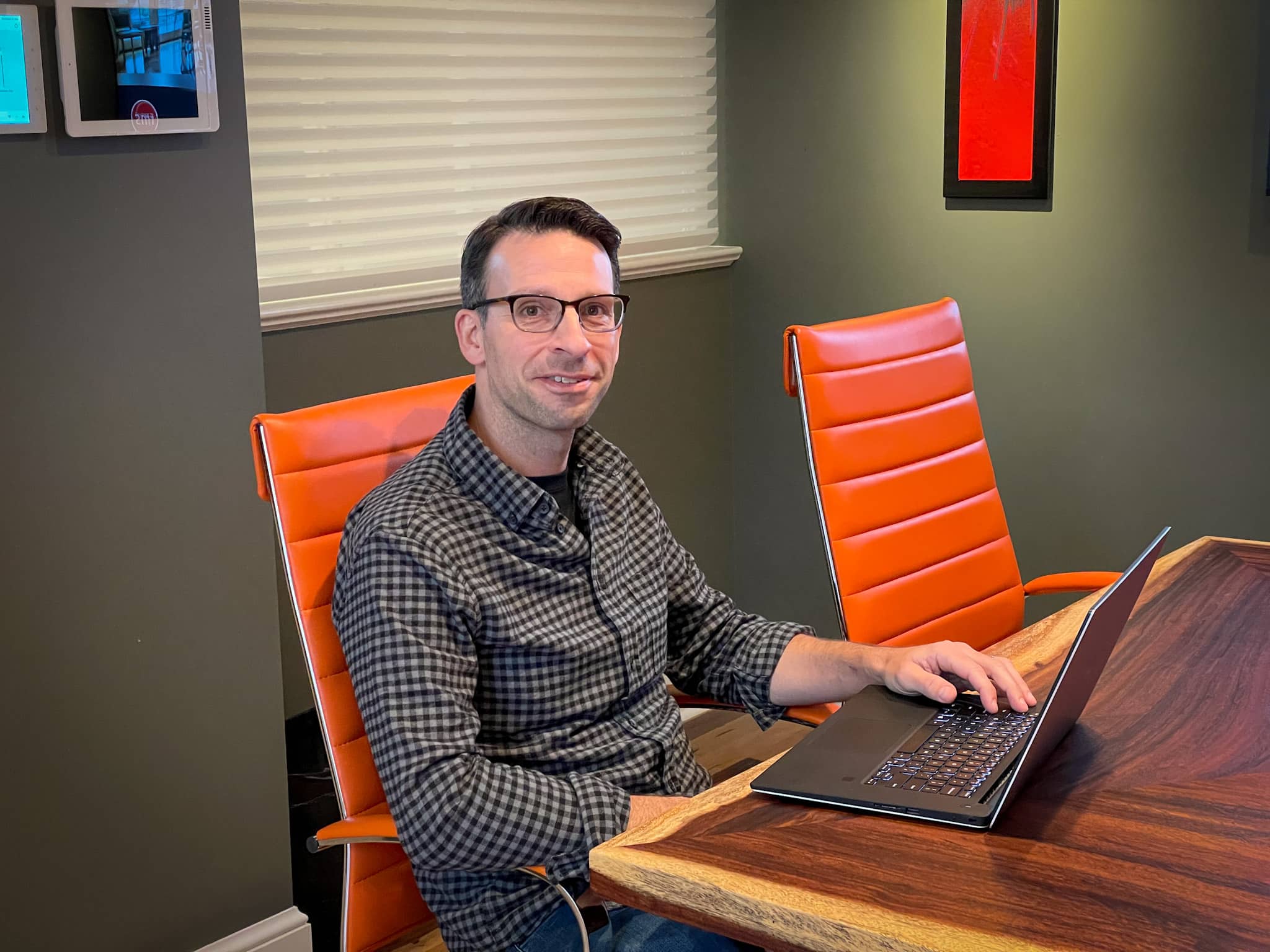 Back to blog
RMS News

Senior Technology Specialist Eric Leese has long been the knowledgeable pillar of RMS. Since 2002, he’s implemented consumer- and business-related solutions while serving as a fountain of information on everything technological in nature.

His role includes developing and maintaining all required technology, including networks, communications, and the computer infrastructure. He also provisions, programs, debugs and documents project-specific hardware and software. While he’s the guy who’s perfectly versed enough in the “geeky stuff” to work with design and engineering on a technical level, ensuring technology solutions will meet specific project requirements, he’s equally an approachable team player who offers technical support and education to other members.

For instance, Eric embodies that human-centric approach that RMS puts front and center in its relationships. This is essential, he says, “because we’re in it for the long haul.” Developing client connections is so important because “if we come to your home or business three or four times a year, it’s an absolute necessity to get to know you and develop that trust.”

He also carries the torch for creating beautiful spaces with seamlessly integrated technology, and he is especially fond of Control4’s “real-time environment” programming, which eliminated compilation and transfer changes that were time-consuming and inefficient for both Eric and the client. Before this innovation, some projects required Eric to develop an underlying code and user interface, compile and test them, implement the system, and then fix any bugs that might arise. Control4’s programming allows him to perform all of that work in real-time, saving countless hours.

He’s certainly not afraid of a challenge, though, and some projects necessitate bespoke programming or coding. “If you’re going to go custom, go all the way,” he says of those homes or businesses that need programming built from the ground up.

A veteran of the industry for decades, Eric also provides for RMS the research and development on new and upcoming technologies. He sees several continuing to emerge and develop, such as lighting control systems and the ever-growing use of voice control (“People want to be able to talk to their remotes like Comcast,” he chuckles).

Artificial intelligence and cloud computing have been particular sources of fascination for Eric. “More and more software services…leverage the power of the cloud,” he says, citing Netflix and Ring as two popular consumer examples. “It’s getting more intelligent.”

Cloud computing is “evolving super-fast,” Eric says, and he’s well-versed in Josh.ai’s artificial intelligence that operates, in layman’s terms, much like familiar voice-assistant services on the market, but without jeopardizing clients’ privacy or revealing personal information. He believes their technology will inevitably become part and parcel of many homes. “I’ve never seen a control system so easy to program,” he says. “I could just type in ‘Turn on kitchen lights at 5 a.m.’ and that’s it.”

Available technology doesn’t always match Eric’s pace, however; he dryly notes that every project he’s programmed, since 1999, has controllable keypads, and each keypad has buttons that require labels. He’s requested from control systems companies – “several times,” he says – for a keypad to be designed with an LCD backlight or OLED screen that would bypass the need for reprinting new labels (or re-engraving custom keypads) anytime a customer needs to update their keypads.

“Some clients have a fear that if they commit to [the labels], they can never change them again.” Eric notes that a USB programmable keypad already exists for PCs and Macs, so to Crestron, Lutron, Control4, et al…come on already!

Lately, he’s been following the newest updates on the Matter Protocol, a project that’s tackling the much-discussed “unified productivity protocol”—in other words, a universal language that would allow all devices made by all manufacturers to communicate with one another. While this might sound like a technology integrator’s fantasy, top companies like Amazon, Google, Apple, SmartThings, LG, and Lutron have all registered support of adopting this revolutionary protocol.

When he’s not dreaming of the day an LG television can seamlessly chat with Yamaha speakers without extra work on his end, Eric likes to unwind with a movie. He’s currently enthralled by the Dune remake and is anticipating watching the new Bond film, No Time to Die, and Edgar Wright’s latest feature, Last Night in Soho.

Speaking of Soho, Eric reminisces about some of his odder tasks over his 20 years with RMS, and one comes to mind. “We were in Soho… and we didn’t have a ton of time to test all code in-house because [RMS was] so small. I’m still testing, it’s 1:00 in the morning, and I ask [RMS Founder] Matt Early to crawl on his hands and knees into the master bedroom to press a button I needed to test. The clients were asleep in there!”

He recalls another road trip where the team was working late and the only hotel in the area was a historic bed-and-breakfast with only one available room—something called “The Teddy Bear Suite” with thousands (yes, thousands) of teddy bears all waiting to watch Caleb and crew drift off to slumber. “Now we book everything in advance,” Eric adds wistfully.

All that knowledge and experience has culminated in Eric’s career so he could become a sort of modern tech wizard with an eye for wowing the customer. “I think it’s important that we understand the expectations that a client is looking for…I want to meet, or even exceed, those expectations.”

Even when a client is describing something as simple (for Eric) as creating a lighting preset on a Lutron keypad button, the goal is always to create a long-lasting, trustworthy experience. “I typically meet clients at the end of a project, and it’s always great to hear what they have to say about our team,” Eric says. “I love hearing, ‘Whoa, you can do that?’”

The answer, it seems, is always: yes, Eric can do that. 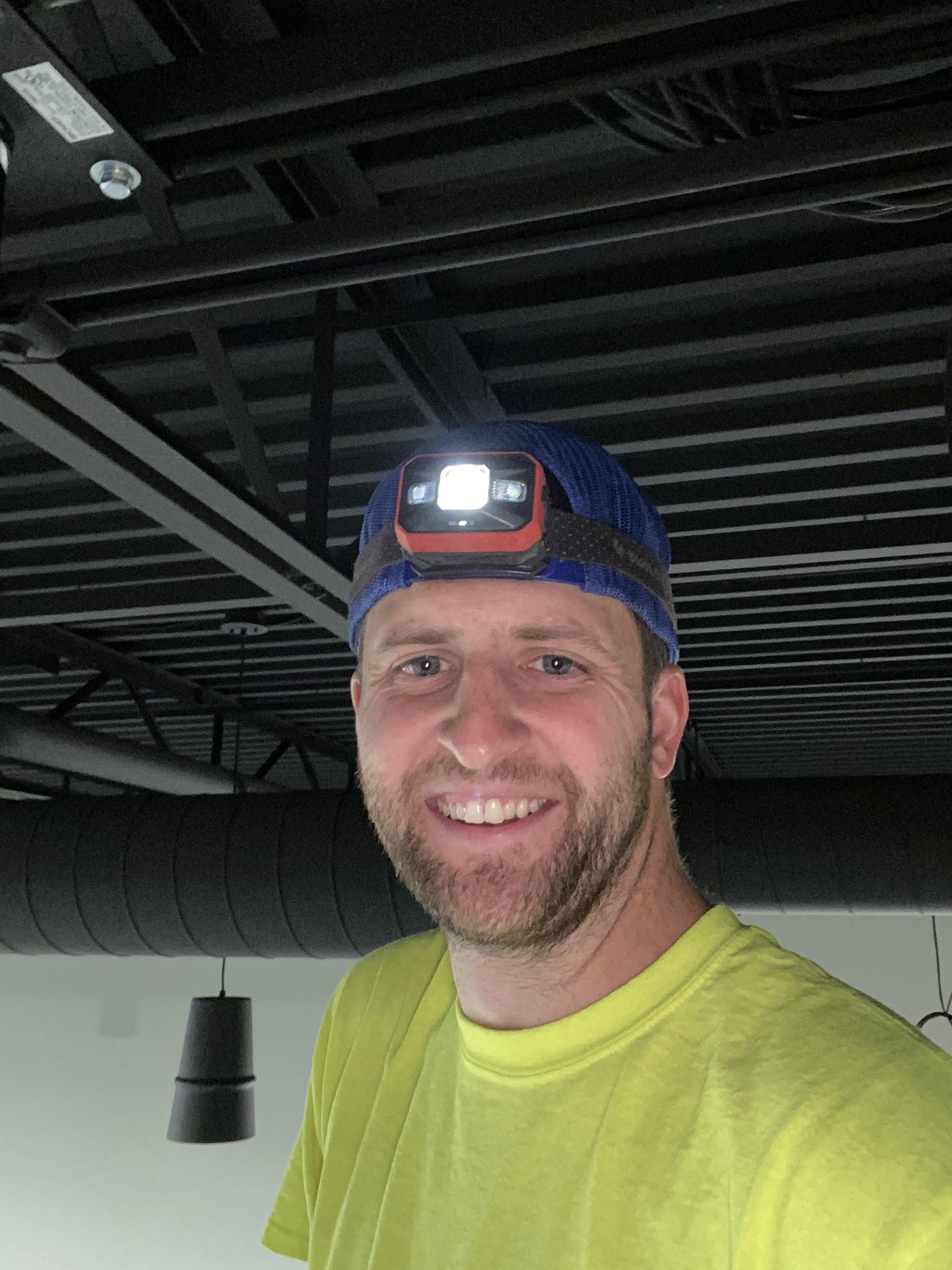 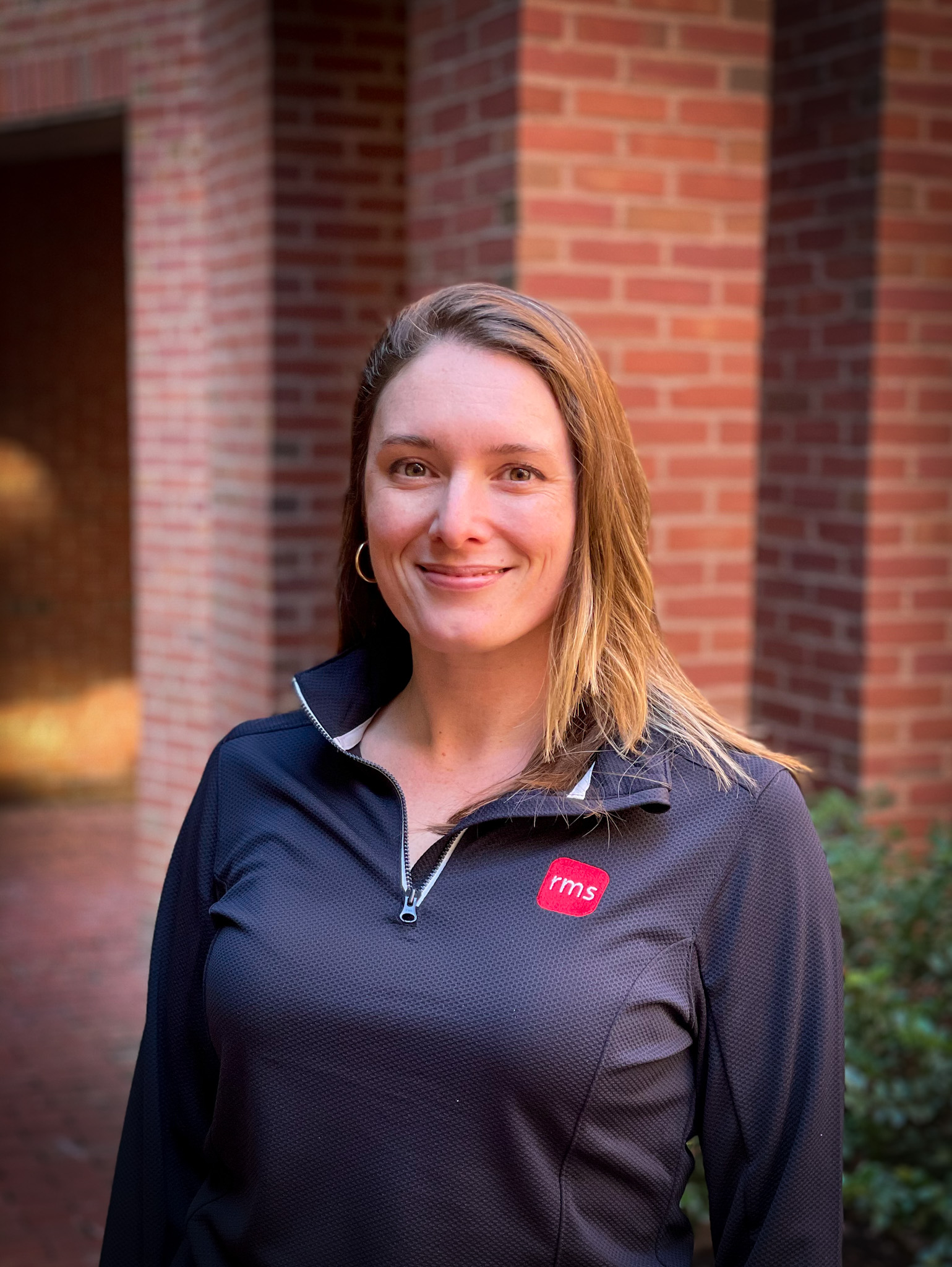 Get to know RMS' tech expert Eric Leese, the man behind much of our knowledge and wizardry!

Want to chat with Eric about control systems or neo-noir thrillers?
Drop him a line!

Keep in touch with RMS. You won’t regret this decision, unlike that gas station sushi roll.

Thank you! Your submission has been received!
Oops! Something went wrong while submitting the form.
HomeAboutResidentialCommercial
ElectricalOur WorkContact